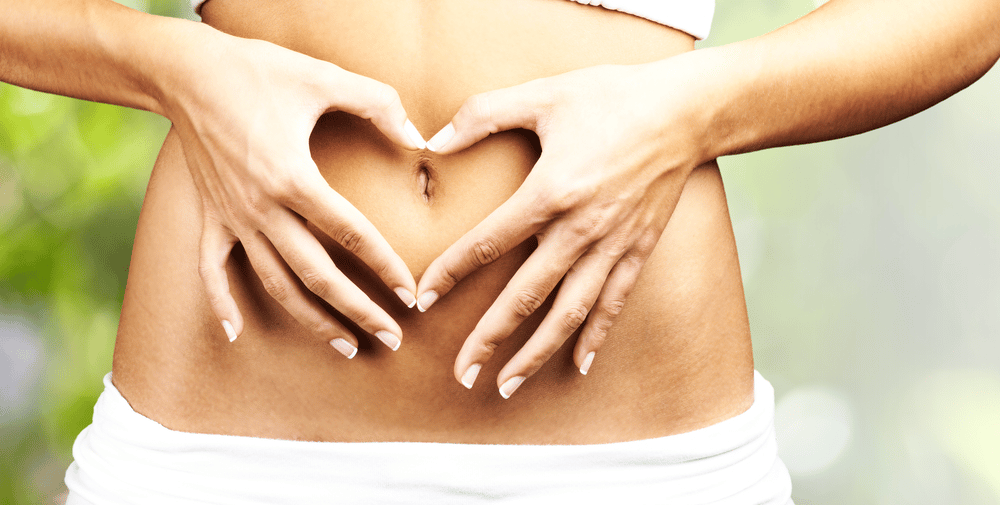 For some women, the discomfort of menstruation can mean a day or two away from work each month. Symptoms like heavy flow, abdominal cramps, and back pain are made even worse by the presence of blood clots during period. They’re frightening to see and difficult to understand. But the professionals at North Texas Fibroids in Flower Mound, Cedar Hill, and Dallas, TX, can ease your fears, answer questions, and even provide relief.

What Does Large Blood Clots in your Period Mean?

Occasional blood clots during your period are perfectly normal. These commonly happen when blood flow increases – an effect of the uterine lining being shed. Blood can coagulate in the uterus or vagina at any time throughout your period, just as it does to seal an open wound on your skin. Then, when it passes during menstruation, you see clots.

But large clots, such as those that are bigger than a quarter, may indicate the presence of uterine fibroids. Additional symptoms to watch for include:

A Word About Menstruation

Menstrual consistency can vary at any time, including during the same period and from one period to another. This means you may see many clots and a heavy flow one month, but no clots and a lighter flow the next. Variation is completely normal, and you can chalk up these changes to lifestyle factors and diet.

Also of note, the body normally produces anticoagulants, or blood thinning agents, that help endometrium fragments and blood freely move to the cervix and then out of the body. Stress and lifestyle factors like starting or stopping an exercise routine can impact this process. But when blood clots are experienced regularly with every period, the more common culprits are fibroids.

Before we describe them, let’s talk about the prevalence of fibroids. Around one in three women develop these growths before age 50. They are harmless about 99 percent of the time, but that’s not a suggestion to ignore them. The complications they cause, like clotting and excessive bleeding, can lead to secondary issues like muscle weakness and fatigue.

Fibroids can also be uncomfortable, such as when they cause pain and cramping. Or they can be downright heartwrenching when severe enough to interfere with fertility. The tricky part is that other times, they can cause zero symptoms. You may be completely unaware you have them until a gynecologist finds them during your pelvic exam.

It’s important to understand fibroids are not a disease. We know a genetic component factors into their formation, but we’re not sure exactly what that is. It has been determined, however, that if other family members commonly have fibroids, you are genetically predisposed to develop them.

Fibroids are non-cancerous tumors composed of smooth muscle and connective fibrous tissues. They usually develop between the ages of 30 and 40 and differ considerably between women in terms of shape and size. Their location can also vary, as fibroids grow:

You may have figured out by now that fibroids have elusive natures. A woman may have several that are the same or of varying sizes, or she may have just one. Some fibroids take years to grow, while others never change in size. It’s hard to attribute commonalities to them because each is slightly different.

What we have identified are two common times for growth spurts: one in a woman’s late 30s to early 40s, and another right before menopause. In the first growth period, fibroids and the utuerus usually have the same size as a 10 to 12-week pregnancy. For women in their mid-40s, this size jumps to the equivalency of a 14 to 16-week pregnancy. Finally, the comparable size grows again to an 18 to 20-week pregnancy for women in their late 40s and early 50s.

Fibroids usually stop developing by age 40. Only in rare instances do they continue to form later in life. This is largely because, from what we understand, fibroids are influenced by hormones. They grow after the body starts producing estrogen, which occurs at menstruation’s onset. In addition, hormonal imbalances are common during reproductive years, when fibroid growth is at its peak for most women.

Hormonal imbalances occur from excessive levels of estrogen in relation to progesterone, a condition known as estrogen dominance. Pregnancy is another common time for fibroids, when hormones are at some of their highest levels. They then shrink or stop growing during menopause, further evidence that hormones do directly influence their development.

We’ve  discovered that certain foods, especially those with high soy contents, stimulate estrogen production and can in turn cause fibroids. Additional foods that contribute to high estrogen include:

Many over-the-counter products promise to reduce or eliminate fibroids, but these are largely ineffective. Some, like yam creams labelled “all natural,” actually spur fibroid growth. It is therefore important to steer clear of vitamins, creams, and similar products that lack proven efficacy.

Some women are at higher risk of developing fibroids than others. For instance, women who use hormone replacement therapy, smoke, and have high BMIs tend to have a higher frequency of recurring fibroids. African American women are at greater risk than white women. Additional risk factors, alongside a family history, are as follow:

Studies show that fibroids have hormone receptors that allow them to bind to estrogen and progesterone molecules. Both of these hormones fluctuate throughout the menstrual cycle. Estrogen levels, for example, are highest during the first half of the cycle, when it helps grow the uterine lining in preparation of a fertilized egg.

Progesterone helps balance the effects of estrogen and dominates the second half of menstruation. It is responsible for maintaining uterine lining if a woman becomes pregnant. Levels drop when pregnancy does not occur, prompting the uterus to shed its lining and menstruation to begin.

Fibroids directly impact menstrual blood flow, with those responsible for the heaviest flow located in the endometrium, or inside layer of the uterus. Even the smallest fibroids can cause large blood clots during your period and heavy bleeding.

Keep in mind the uterus relies on two functions to stop menstruation. The first is routine blood clotting that occurs throughout the body. The second is a unique ability to contract. As a muscle, the uterus can move in a way that stops bleeding vessels. These contractions make themselves known as menstrual cramps.

The Restricting Effects of Fibroids

Fibroids are generally believed to prevent the uterus from contracting the way it needs to. Menstrual bleeding, therefore, is in a sense left unchecked. This explains why flow is so much heavier in women who have these growths.

Additionally, fibroids can produce proteins that activate blood vessels within the uterus. Those vessels, in turn, bleed more freely into the uterine cavity. Remember that this is the source of blood clots during period, forming when the body cannot produce enough anticoagulants to keep pace with flow. The number of clots you pass during menstruation therefore become more numerous.

Also known as uterine artery embolization (UAE), this therapy (UFE) is designed to block blood flow into uterine arteries. It is performed by a specially-trained radiologist and starts with a tiny incision in the upper thigh. This provides access to the femoral artery that passes into the uterus. Following this path, the radiologist employs x-ray equipment to identify the fibroid’s exact location.

That knowledge allows embolic material to be inserted into the artery to essentially block blood that nourishes the fibroid. Over time, the fibroid(s) shrinks to restore health to the uterus and correct symptoms of heavy bleeding, blood clots, and pain. The material used to block blood flow remains permanently in place.

Specialists with Johns Hopkins University have found that 90 percent of patients who undergo UFE experience significant symptom improvements. In many patients, symptoms go away completely. Additional benefits of UFE include:

Patients usually spend the night in the hospital and go home the day after treatment. This allows us a chance to monitor your progress and ensure your comfort. After just a week of taking it easy, we usually give the go-ahead to resume normal activities.

What You Need To Know

For women who have symptoms with fibroids, life can be hard. Blood flow that is consistently heavy can lead to anemia, a condition that presents its own problems like dizziness and fatigue. This says nothing of the pain and cramping that can occur between and during periods.

Fibroids can also apply pressure to the bladder and cause frequent urination. If large enough, they can also apply rectal pressure that leads to constipation. And if big enough, as mentioned earlier, fibroids can cause the stomach to protrude so a woman looks pregnant. All of these effects can be both embarrassing and debilitating.

Less than 0.1 percent of all fibroids are cancerous, with the majority being benign. In addition, fibroids do not increase your chances of developing a different cancer, such as that of the ovaries or uterus.

Most women go on to have perfectly normal pregnancies even with fibroids. The greatest risk is the need for a Cesarean section, as it is six times more common when fibroids are present. But in most cases, fibroids do not lead to high-risk pregnancies.

Most fibroids are detected through a routine pelvic exam. Using just their fingers, doctors can feel the presence of a lump or mass on the uterus. Many times, the size of a fibroid is compared to an object like a golf ball, grape, or orange.

To confirm a diagnosis, your doctor may order an imaging test like x-rays, an ultrasound, or magnetic resonance imaging (MRI). Although each works in a unique way, these tests can provide a picture of your uterus without the need for surgery.

Pay Attention to Your Body’s Signals

Your period can be an indicator of your reproductive health. Paying attention to this each month will help you identify concerns, including blood clots. While some are normal, their continued presence can be a sign of uterine fibroids. The good news is that our office is well-equipped to treat fibroids with UFE, a minimally invasive therapy with fantastic results. Call North Texas Fibroids in Flower Mound, Cedar Hill, and Dallas, TX, today to schedule your appointment.